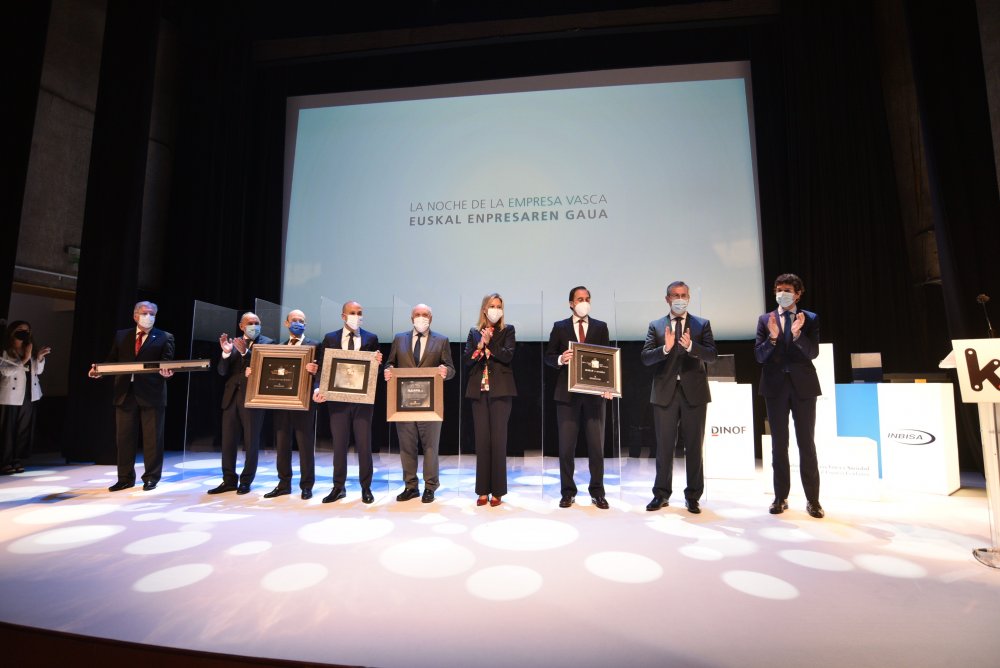 Aitor Zumarraga earned the “Best Basque Entrepreneur 2019” award at the Evening of Basque Business Gala held on 23 November in the Auditorium of the Guggenheim Museum in Bilbao. The jury paid tribute to the capacity of CMZ’s directors to achieve success through the unique strategy in constructing Machine Tools. It is an approach that has proven itself with the sale of more than 7,000 CNC lathes since the year 2000, both through its own subsidiaries and official distributors in the main European capitals; with a turnover of over €80 million in the last financial year and the development in 2018-2020 of an intensive investment plan to increase its production capacity. The prize is a valuable acknowledgement not only of the work of the Zumarraga brothers, Iñaki and Aitor, but of the more than 300 people that make up our organisation.

The Machine Tool, that rare beast: “They called us mad...”

An emotional Aitor acknowledged the honour of receiving such a prestigious recognition. He chose to open his acceptance speech by putting his team to the fore. Despite the fact that the award was bestowed on him personally, it is a recognition for everyone. He especially wanted to pay tribute to his brother Iñaki, with whom, over 30 years ago, he started this unique adventure: to turn a bankrupt company with no products and no money into the European CNC lathe manufacturer it is today. They embody the third generation of a family saga that has the word industry written into its DNA.

There is a saying that you have to beat the mud to touch the sky, and CMZ knows all about that. The current directors of this family company inherited a bankrupt company. Aitor recalled how his father, “just like many other machine tool companies, had a very hard time in the 1980s”. Back then they set themselves two clear goals: specialisation and their legacy. The specialisation involved designing a strategic plan for the future that broke with everything that was known and applied to machine tools in the Basque Country. Veterans of the sector “branded us as mad”, recalls Aitor. Competing with Japanese giants by manufacturing a product by serial production was considered foolhardy to say the least. Even so, they stayed true to their plans, and decided to focus on manufacturing CNC lathes – to construct them entirely, down to the last critical component – at a time when practically the entire industry was opting for a model of finding a niche, and producing specialised machines.

The second goal involved working their fingers to the bone to ensure that the fourth generation would disembark from a buoyant company. Tenacity and sound judgement, admitted Aitor, have been the best travel companions. The legacy is enormous, and not just in terms of the company and knowledge; the lifetime’s worth of experience and the learning acquired from going through the adventure to re-float CMZ and continue with the desire and the firm intention to continue growing, is priceless. 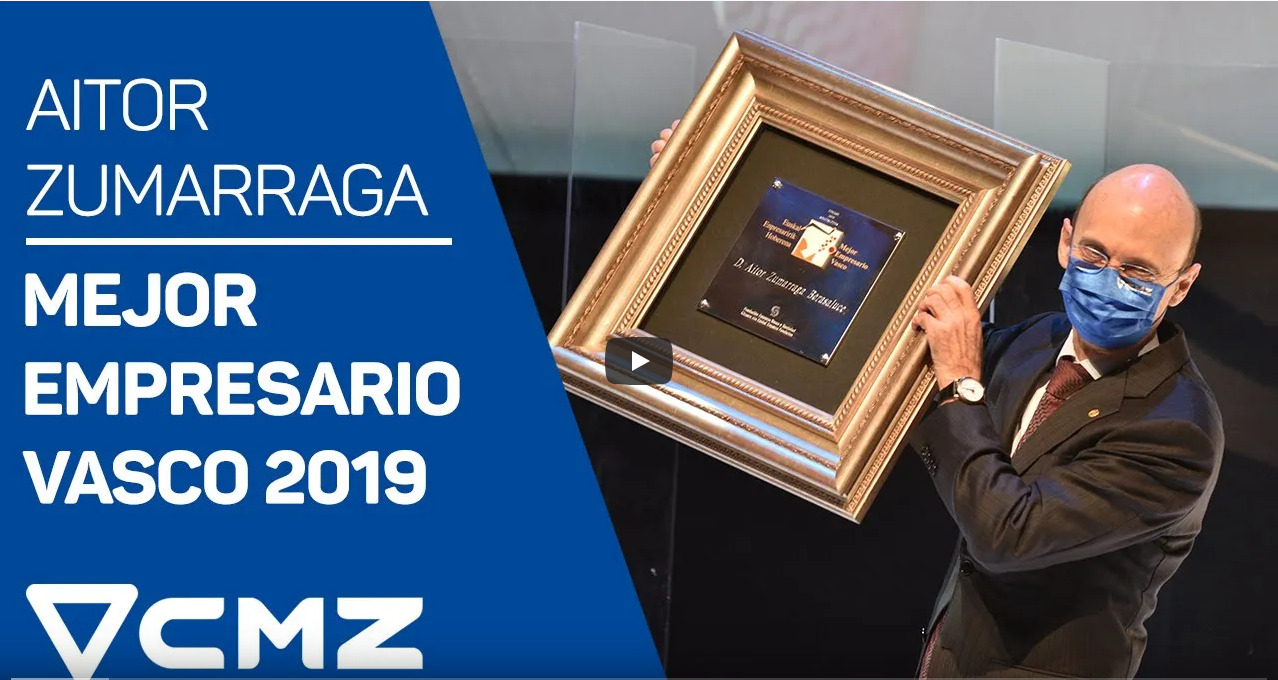 The prize was awarded by the Basque Business and Companies Foundation and sponsored by Kutxabank in the presence of a restricted audience of no more than 150 representatives from companies and institutions, given the current health context caused by COVID-19. The recognition of Aitor Zumarraga's career and, by extension, the whole team at CMZ, materialised when he was presented with the plaque by José Ramón Fernández de Barrena, General Director of the Uvesco Group (Supermercados BM), and last year’s winner of the award.

The ceremony began with the handing out of an extraordinary prize to Elkargi SGR, in acknowledgement of its 40 years stimulating industrial activity and financial culture in SMEs via its model of mutual guarantees for businesses. The Jury also highlighted the work of Irizar e-mobility, a pioneer in European urban electromobility, with the “Made in Euskadi” prize. The Lazpiur Group, specialists in the manufacturing of specialised machinery for automobile electronics and moulding tools, received the distinction for Business Innovation. The fourth prize, Euskal Makila, went to SMC Spain, part of the world-leading Japanese giant in the field of automation.

A prize for everyone

Without a doubt, this award does not just go to Aitor Zumarraga. It is an acknowledgement for all those who keep on battling at CMZ every day, for those who destiny snatched away from us too soon, but whose memory still lives on in all of us; for those in days gone by who set out on their career path in this company, giving the best of themselves, and finished their professional life in this house over three decades later. It is impossible to name each and every one of our winners in these few lines; it would make this article a very long, albeit perfect, amalgamation of names of the people who make it possible for things like this to happen.